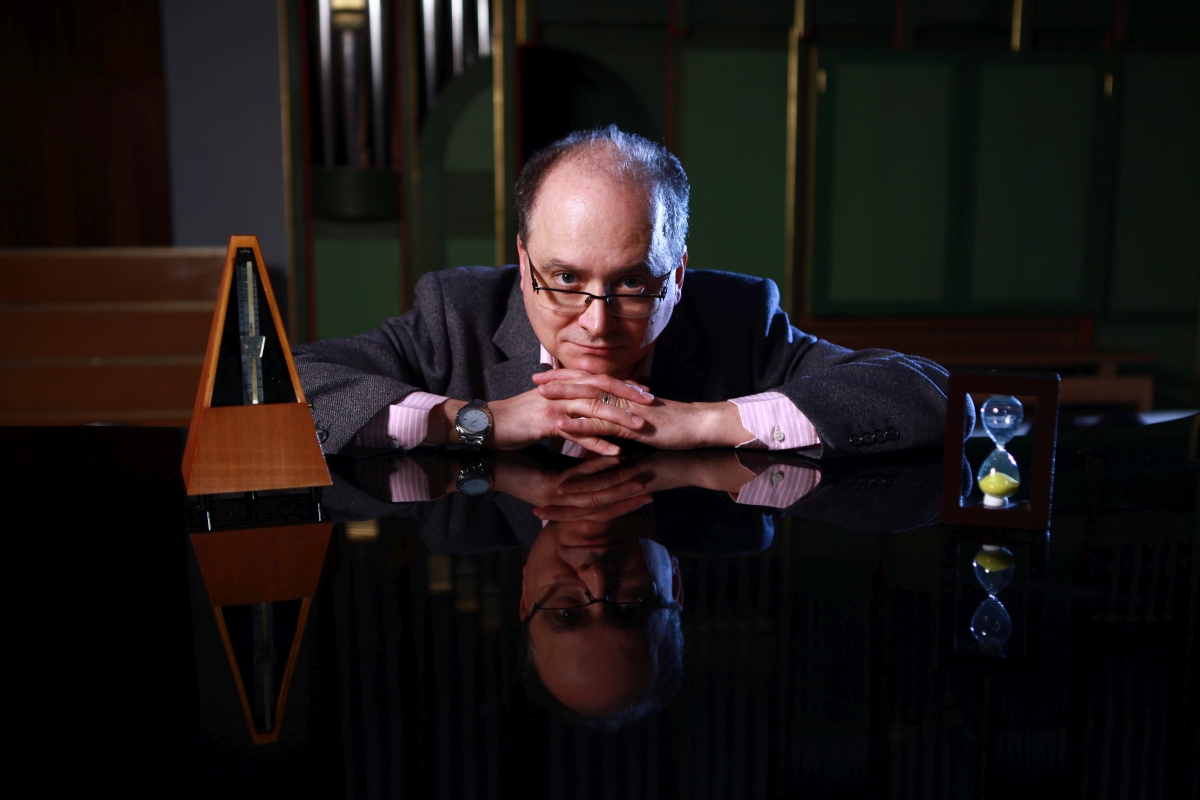 Dan Dediu was born on March 16, 1967 in Braila, Romania. He graduated composition at the Music University in Bucharest (1989) and attended post-graduate courses at HMdK in Vienna (1990/91). Scholar- and Fellowships were offered by Alfred-Toepfer Foundation, Hamburg, Alban-Berg Foundation, Vienna, New Europe College, Bucharest, Wissenschaftskolleg zu Berlin, Zuger Kulturstiftung Landis & Gyr, Switzerland, Bavarian Ministry for Culture, Germany. Among his teachers one could name the composers Ștefan Niculescu, Dan Constantinescu and Francis Burt. Guest Lecturer at Queen’s University of Belfast, Northern Ireland (1994), invited for the Summer Workshop in Computing for Composers, IRCAM, Paris (1994), Dediu was appointed artistic director of the New Music Festival in Bucharest “International Week of New Music” (1999, 2001, 2007, 2008, 2016 and 2017). Since 2003 he has led the Profil-Sinfonietta Bucharest, in the same year he started teaching composition at the Bucharest Conservatory and between 2008-2016 he chaired the National University of Music, Bucharest, as elected rector.

He received prizes and awards for composition in Vienna, London, Paris, Berlin, Budapest, Bucharest, Dresden, Ludwigshafen. His over 160 works are world-wide performed and produced on CDs by Albany Records, Cavalli, NEOS and Casa Radio.  “The music of Dan Dediu could be described as versatile, nervous, with a specific feature of dynamic restlessness. He works with forms, which consists every time in an alternation of good perceptible sonorities, pithy microuniverses.” (Lothar Knessl).

Elegia minacciosa (with Gnossienne-Mandala) is an orchestral miniature in five sections and emphasize an intense and paradoxical emotion: a threatening elegy. After melodic and rhythmical processes, a fragment of an imaginary gnossienne comes to the fore, floating sad in the ocean of sounds and bringing the naive and innocent color of piano. Then, we hear an unexpected event: from the back seats of the stalls section of the concert hall a pulse of the drum begins to beat, first like a heart, then growing monstrously and tragic, like a frightening silhouette. Through a strange smoky ”curtain” of the strings, the clarinet comes out like a mouse, and sends desperate calls together with the flute, using effects of differential sounds in the highest register. In vain. The three final chords cut off any hope, like a guillotine.

OUR CONTACTS
For further information about the competition and the masterclass.
TWEETS JM INTERNATIONAL