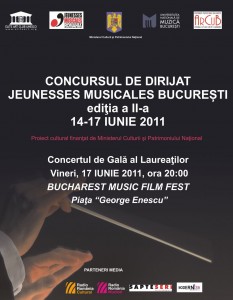 The second edition of Jeunesses Musicales International Conducting Competition Bucharest was organized together with the Ministry of National Culture and Heritage, in June 14 – 17, 2011. The participanys performed at the National Music University in Bucharest and at the Romanian Radio Broadcasting Company in fornt of a jury of 3 musicians: – Dumitru Goia (Chairman), Iurie Florea, Julian Leventiu.

Along with diplomas and cash prizes, the winners performed in the Bucharest Music Film Fest, conducting the Royal Camerata Orchestra and the violin soloist Simina Croitoru. 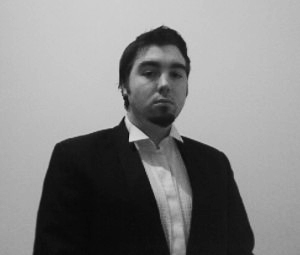 Born in Ireland in 1986, young conductor Thomas Crowley began his musical career at the age of five, when he began studying the violin in his hometown and later studying his horn as a secondary instrument. Beginning with 2009, under the guidance of Master Dumitru Goia, the orchestra conducting study begins. He has concerts at the Symphony Orchestra of the Cork Academy of Music, the Symphony Orchestra of the National Music University in Bucharest, the Botosani Philharmonic Orchestra and the “Sergei Lunchevici” Philharmonic Orchestra in Chisinau. 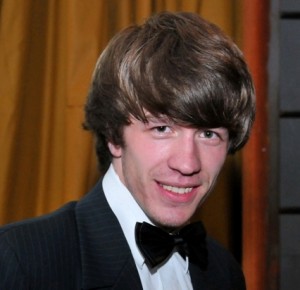 Born in Chisinau in a family of intellectuals, the young Bessarabian Roman Baltag made gymnasium studies in the art school “Eelena Alistar”, while attending piano and accordion classes at the “Alexei Starcea” School of Arts, the class of Professor Dumitru Matei. After their completion Roman decides to attend the National College of Music “Stefan Neaga” to follow an old dream – to become an artist. He finished 12 grades in the Coral Class of Professor Valeria Diaconu, who led him to study at the National Music University in Bucharest. He was very lucky to become the student of Professor Dumitru Goia, who initiated him in the arts of symphonic conduction (orchestra). Participating in several national and international competitions / festivals, he successfully promoted the second edition of Jeunesses Musicales Romania. 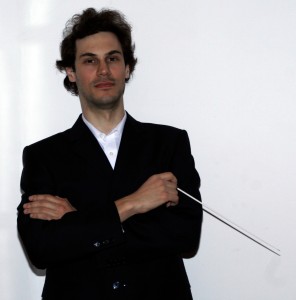 Conductor Vlad Agachi was born in 1982 in Cluj-Napoca. He graduated Sigismund Toduţă Music High School from the same city in 2001 at the trombone specialization, under the guidance of Prof. Dumitru Mureşan. He graduated from the National University of Music in Bucharest, the conducting faculty (2007) in the class of Dr. Petru Andriesei and the musical interpretation – Trombon (2006) in the class of Prof. Univ. Marin Soare. In 2009 he completed the courses of the conductor master in Conf. Dumitru Goia class, currently being a PhD student at the same university under the guidance of Prof. Dr. Eleonora Enăchescu, specializing in Mozart’s work. He has won numerous prizes and scholarships in the country and abroad. In 2006, he received a scholarship in Poland at Karol Lipinski University in Wroclaw where he studied with conductor Marek Pijarowsky, then graduated in master courses supported by conductors Christian Badea and Jorma Panula. His musical activity includes concerts in Romania at the audience of George Enescu (Bucharest), Dinu Lipatti (Satu Mare), Muntenia (Targoviste) and the orchestra formed by members of the Transylvania Philharmonic in collaboration with the students of the Gheorghe Dima Academy of Music (Cluj-Napoca); Outside the borders, he played concerts in Portugal (the Porto Philharmonic – Casa da Musica), Poland (Orchestra R20 – Wroclaw) and Moldova (National Chamber Orchestra in Chisinau). He is a founding member of the orchestra and “Notes & Ties” activities in Cluj-Napoca. Since 2010 he has been supporting the musical direction of the Opera Class of the National Music University in Bucharest.

OUR CONTACTS
For further information about the competition and the masterclass.
TWEETS JM INTERNATIONAL